Last year I did Dry January and loved it so much I didn’t drink a DROP of alcohol until May. Not going to lie, I felt amazing. Not drinking myself to oblivion and being hungover all weekend was really good for my physical and mental health. Shocking that! But it’s not all kale-smoothies-and-inspirational-quotes. Here are the things no one seems to talk about…

It’s not beneficial for everyone

If you’re someone who usually canes it on the weekend and understands the true meaning of the phrase ‘hangxiety’, you probably will feel the benefits of stopping. But if you are a very occasional drinker (only birthdays and Christmas), you probably won’t feel the positive effects of giving up alcohol for January. This is because you’re already experiencing them! You’re also already doing minimal damage to your liver, so your health will thank you for it. Winner winner vegan dinner.

Weight loss is one of the most praised benefits of ditching booze, but just because your mate shed the pounds from giving up alcohol, doesn’t mean you will. It’s all about assessing your usual drinking patterns. If you’re a heavy lager drinker who soaks up their sesh with a massive kebab and then gets Deliveroo the day after, giving up eating all these extra calories will probs cause some weight loss. If you’re someone who drinks low-cal alcohol (gin and tonic, vodka and soda, etc) and tends not to binge eat the next day, you might not lose any weight. Especially if you’re someone who spends the whole next day vomming. 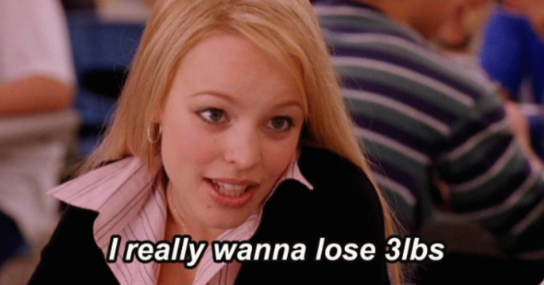 It is actually quite hard

If you enjoy drinking, the first three weeks are really difficult. Anyone who tells you it’s totally easy the whole time is lying (or just doesn’t love booze the way I do). On week 2, I was absolutely craving the taste of alcohol. One plus side to this is once you begin drinking again, you have a newfound enjoyment of the different flavours. I still don’t have a bloody clue what I’m doing when I taste the wine in restaurants, but I do have an appreciation for different types of alcohol that I didn’t have before.

Watching your mate fall over and roll around on the kebab shop floor becomes boring when you’re not rolling around with them. I became so irritated by drunk people that I stopped going out, which means…

Your social life will die a miserable death

Going out and not drinking can be alright. It can also be a massive ballache organising taxis, sitting with the coats and ultimately going home early because you CAN’T TAKE ANYMORE OF JANINE’S DRUNKEN RAMBLING.

Your tolerance to alcohol will reset

Not to be too much of a legend, but when I was at uni I was quite good at drinking. In that I could consume a fair amount without throwing up/losing my keys/blacking out. Your alcohol tolerance resets pretty quickly, so once I started drinking again after I stopped, it was like I was 15 years old drinking cider in the park again. A bottle of prosecco and I was totally black-out drunk. My only advice is to take it slow and enjoy how cheap your nights will become. Because you’re going to become an absolute lightweight.

The smugness is the best part

Not the newfound energy, not how long the weekends feel, not how much money you save. It’s all about waking up without a hangover, watching videos of your mates embarrassing themselves, and feeling fresh AF.

If you are doing Dry Jan, good luck because you’re about to feel sooo amazingly smug. I’m jealous. (Not jealous enough to do it again though).