“I try stupid online dating trends so you don’t have to.”

It sounds ideal. As opposed to swiping on people’s appearances, you select potential partners based on your similar interests. You can still upload photos – in fact, 6 is mandatory – but the emphasis is a lot less on muscles and hairstyles, and much more on common ground.

The questions Hinge asks made me feel weirdly existential, wondering how necessary it was that everyone can see my political and religious views. While Tinder is centred around who you are sexually attracted to, with Hinge the emphasis is on making real, meaningful connections for long term relationships.

Some of the questions it asks seem like I’m signing my life away to a Black Mirror episode, trying to find love in this dystopian simulation we live in. “Do you want to have kids?” it asked me at one point, and for some reason I lied and answered “I’m unsure” – when in fact I know I do want to. In the real world, scoping out whether your date wants to have a family or not before you’ve even met seems bizarre (unless you’re a woman who is desperately trying to conceive. See also: Sophie in season 5 Peep Show). On Hinge, it’s normal.

Some of the questions made me laugh at first, namely when the app asks you about your recreational drug use, alcohol and smoking. Is this just a cover up for the police to bust 20-something weed smokers? I dismissed these questions without thinking, but later I questioned whether I would consider dating someone who answered a strict “no” to the drinking alcohol question, or a solid “yes” to being a drug user. 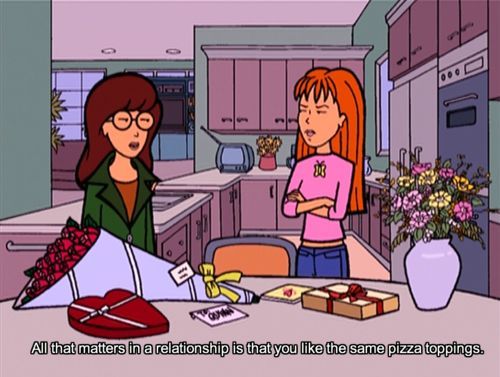 After filling out a government-length quiz about myself, I was then presented with potential partners. And to be honest, I was mostly surprised and disappointed with the calibre of men on Hinge. Coming from a girl who admits she has terrible taste in men, this is something. Whilst Tinder attracts a swathe of fuckboys, drum and bass bedroom DJs, and socially awkward boys who overuse the 😂 emoji, Hinge is like a wasteland for men who perceive themselves as too good for tinder.

One of the main features of Hinge includes a series of prompts which you have to answer, e.g. “we will definitely get on if…”. As well as some cringe excerpts from their lives, I also noticed how unbelievably boring these lads are. “I get along best with people who prefer KFC over McDonald’s,” claimed one boy, while another declared “The secret to my heart is food!” Yes babe, because pretty much everyone likes food, travelling, festivals and hanging out with their friends. Oh, and don’t forget going to the cinema.

Hinge definitely has a place and a target market. If I was 34 and looking to settle down, I’d probably love it.

But for me, it’s too full of the type of boys who think they’re too good for Tinder and take dating far too seriously, as nicely illustrated by one boy who stated “my biggest hate is Love Island.” Get over yourself babes.

I have a lot of space in my heart and an open door policy, but entry is strictly banned for anyone who thinks they’re too good for a) Love Island, b) Wetherspoons or c) swiping on Tinder. Guess I’ll just stick to bedroom DJs and emoji-using fuckboys for now.