Cast your mind back. It’s 2008. Fall Out Boy and My Chemical Romance are topping the charts. Everyone’s sporting studded belts, dyeing their hair black, and wearing eyeliner. If you listen carefully you can hear an echo of “it’s NOT just a phase mum!” from all over the country. You go to the PC and search for edgy quotes for your Bebo. Life is good.

Fast forward 10 years and a similar sub culture is emerging, and as with all sub cultures the catalyst is music. Like emo, trap rap is alternative music – but not so alternative you won’t hear it on the radio. They won’t be asked to perform on X Factor, but chances are your mum has probs heard of Post Malone, Migos or Cardi B. In other words, it’s alternative – but not as alternative as listening to grindcore or psytrance. As emo slowly dies out, anyone left with a Pete Wentz sized hole in their life might have turned to trap to replace this.

Why do we relate?

I know what you’re thinking. Why is this generation obsessed with trap rappers? What can we possibly have in common with a group who are mostly American, who make music about guns, drugs and how many women they sleep with? I think it’s a combination of 2 factors: rebellion and escapism. Just as emo was an alternative to songs by Britney and Mika, trap is a way of rebelling from Pitbull, Ariana Grande and David Guetta who dominate the charts. Secondly, trap rap is an escapism from the questionable and confusing political, social, economical, environmental landscape we are faced with.

“Fuck, they’re talking about Brexit again, there’s been an explosion at a London train station, someone I knew from school committed suicide… better play some Migos and forget about it.”

Different… But Also the Same

And there are some huge similarities between trap and emo. Tattoos and body modification are a part of both scenes – although you swap out skulls and lip piercings for face tatts and gold teeth. Fans of emo music had a trademark style that is recognisable today, and trap fans emulate the style in the same way. I’m sure there are hundreds of people who regret the Bring me the Horizon tattoo they got in 2010…

Like emo, trap has a signature style and a lot of the music follows the same structure (anyone who was an emo might remember their dad saying to them “emo is just the same 4 chords in every song”). The beats are consistent and recognisable, just like emo was marked by the same chord progression and similar sound. 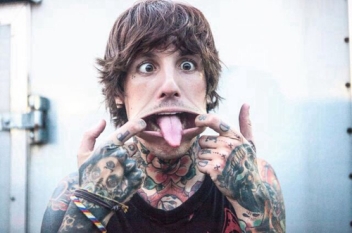 Which one is emo… 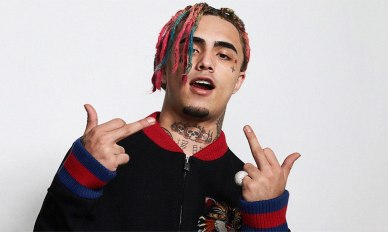 …and which one is trap?

The lyrical content is where many people might disagree with me. Trap rap is about “fuckin hoes and poppin pillys”, money and getting in trouble with the police, a bit like 90s US hip hop but (for the most part) with less clever wordplay. Emo, on the other hand, is mostly deep, emotional and about unrequited love (but also really moany). However, scratch a bit deeper on the surface of some trap artists and they explore themes other than shagging, smoking and shooting. Post Malone (my new favourite since I got dumped) explores a lot of themes to do with mental health, $uicideboy$ are notorious for speaking about self harm and suicide, as is Yung Lean. In trap, they speak openly about suicide and self harm, whereas in emo it was more subtle.

Drug addiction and mental health problems often go hand in hand, so it’s no surprise that these themes get talked about. To be honest, A LOT of trap is fronting about how much money you have, but some of the lyrical content is so deep and depressing I genuinely can’t tell if I’m listening to Post Malone or Gerard Way.

Just like emo, trap is an emerging trend that will one day become so popular we need to create a new one just to appear different. Let’s hope they’ve found a way to erase face tatts by then.